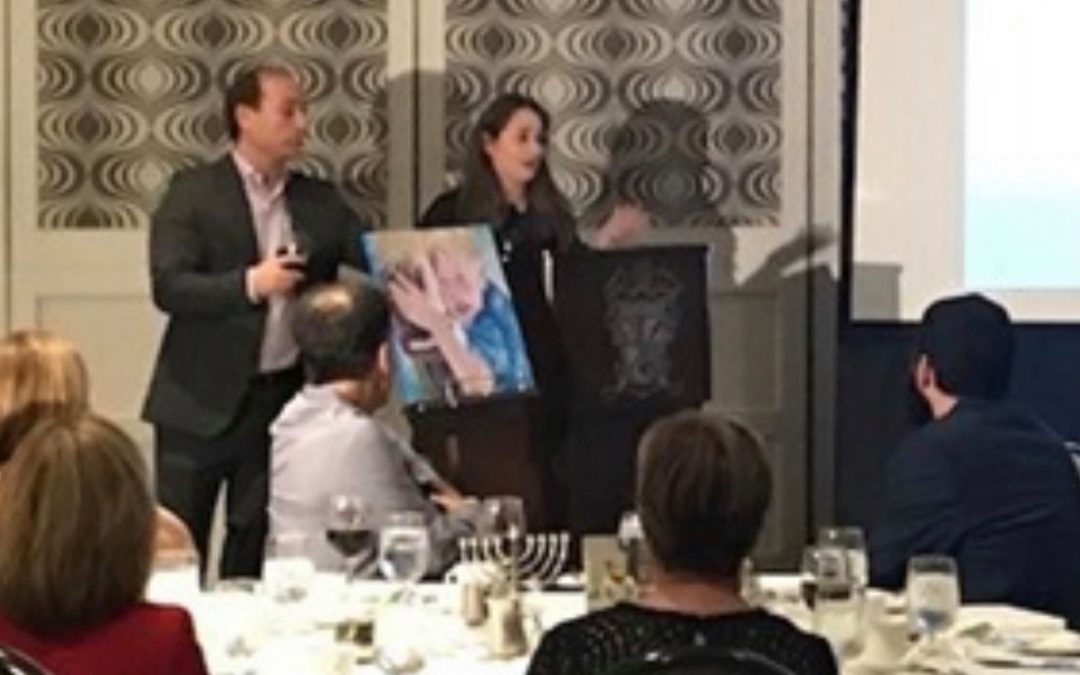 BOCA RATON, Fla. (CBS12) — Gathering to save a little boy’s life Thursday night, a set of parents raised awareness of a rare brain disease and raised money for cutting edge research, with the hope of saving their own child’s life and others.

Jordan had had serious developmental delays, but finally this past fall, he was diagnosed with a relatively recently discovered genetic brain disease called TECPR2.

Sadly, the disease is degenerative, quickly progressive and fatal.

“Time is of the essence, as the clock is ticking on our 4-year-old son Jordan’s life,” said David Ogman, Jordan’s father, before the start of the family’s first fundraising dinner.

“He means the world to us, but he means so much to so many people, and it’s beautiful to see the outpouring of support for Jordan,” said Stacey Ogman, Jordan’s mother.

Indeed, Jordan’s pediatrician and therapists were among those who turned out for the event.

It’s easy to see why Jordan means a lot to people. When CBS12 News visited him at home a few days ago, Jordan ran around and spoke, trying to keep up with 6-year-old sister, Kira.

Keep in mind the Ogmans were told Jordan would never walk or talk.

Jordan receives ongoing intensive therapy, but he’s reached a critical point when the disease is known to intensify.

“The ultimate prognosis is for him over the next several years to gradually regress in his development,” said Dr. Jerry Wexler, Jordan’s pediatrician.

They pin their hopes for Jordan’s survival on yet more breakthroughs in gene research.

And they learned the cutting edge in the field is happening at the couple’s alma mater, the University of Florida.

But the Ogmans must raise $2.5 million.

At the dinner for Jordan and his family, organizers mentioned the inspiring story of another recent South Florida fundraising effort, where more than $2 million was raised very quickly.

The Ogman’s said they hope to hit their fundraising mark in just four months.

You can contribute directly to a special account set up at UF for research on Jordan’s behalf.

The family also has a fundraising account and a GoFundMe page.