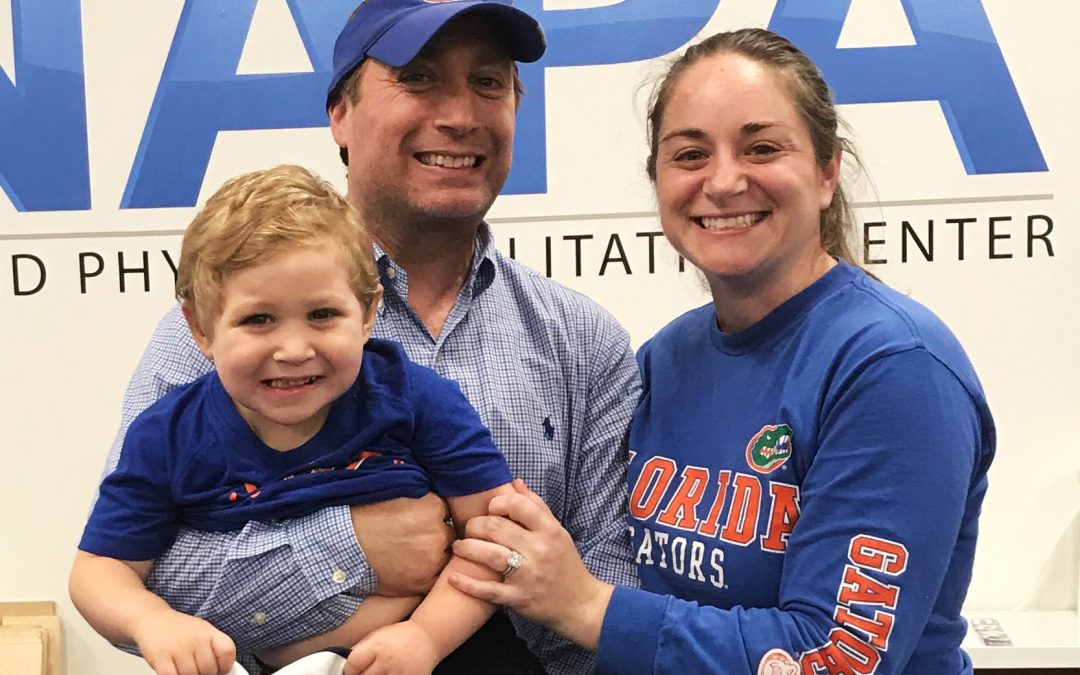 BOCA RATON, Fla. (CBS12) — A Boca Raton boy is putting up the ultimate fight. With the holidays approaching, the four-year old and his family are battling a rare, debilitating and sadly, fatal disease.

A CBS12 News crew met Jordan Ogman, and was struck by his smile and his energy. He was running around and playing with 6-year old sister Kira.

“He’s a warrior, he’s doing everything the doctors said he wouldn’t do,” said Stacey Ogman, Jordan’s mother. “We were told he wouldn’t walk, he wouldn’t talk.”

Years of testing produced no answers, until this past September, when doctors told Stacey and her husband, David, their son had a rare, quickly progressive and fatal degenerative brain disease.

“We were devastated, our world completely crumbled,” said Stacey. “We can meet any special need that Jordan has, but never in a million years did we expect to receive a fatal diagnosis.”

“All they told us is that no kid survived this disease,” said David. “There’ no cure, there’s no treatment.”

The Ogman’s said the diagnosis of TECPR2 is only a couple years old, and they only know of 11 cases. They said symptoms are similar to those experienced by patients with ALS or Parkinson’s Disease.

“The kids in the study who have been diagnosis with TECPR2, suddenly passed at around this age,” said David.

Following the diagnosis, David and Stacey immediately traveled to Boston and Canada, where Jordan started intensive therapy that continues today near the family’s home in Boca.

“Our goal is to keep his brain and body as healthy as possible, to stave off his decline, which doctors have told us will be rapid and savage,” said Stacey.

The Ogman’s also want to keep Jordan healthy until they can begin experimental gene therapy at the University of Florida.

“Just over the past 12 to 18 months, gene therapy has had some miraculous breakthroughs,” David said.

“So it is a true race against the clock, to find a gene therapy, to literally save his life,” Stacey said.

Jordan’s parents said they’ve already spoken with the gene researchers at the University of Florida, but insurance does not cover the experimental treatments. They said they need to raise $2.5 million dollars, and have has set up a GoFundMe page.